Termination of Employment in the Philippines

Unlike the United States of America, which has an “at-will employment” doctrine, employers in the Philippines can only terminate their relationship with an employee if a “just” or “authorized” cause, as defined under the law, has been established, after undergoing due process. Thus, terminating an employee in the country is taken VERY seriously and can be a complex process, especially since, when in doubt, the Labor Code of the Philippines is construed in favor of employees.

Voluntary resignation is defined as a voluntary act committed by employees who knowingly dissociate themselves from their employment for personal reasons. It does not cover instances where employees are forced to resign with the use of threats, intimidation, coercion, manipulation, or where dismissal is imposed as a penalty for an offense. Forced or coerced resignation is illegal and considered “constructive” dismissal – a dismissal in disguise.

According to Article 282 of the Labor Code, an employer can terminate an employee for just causes, which could be any of the following:

Employers can also terminate an employee based on authorized causes like business and health reasons. Art. 283 of the Labor Code states that an employee can be terminated due to business reasons such as:

For termination of employment based on health reasons, employers are allowed to terminate employees found suffering from any disease and whose continued employment is prohibited by law or is prejudicial to his health as well as to the health of his co-workers (Art. 284, Labor Code). The employer must obtain from a competent public health authority a certification that the employee’s disease is of such a nature and at such a stage that it can no longer be cured within a period of six (6) months even with medical attention.

It should be noted that employees who voluntarily resign from work are not entitled to separation pay. Philippine laws only grant separation pay to those who were dismissed from service not due to their own fault or negligence but for reasons that are beyond their control, i.e. business closure, cessation of operation, retrenchment (reduction of costs) to prevent losses, etc. However, there are at least two cases where employees who resign voluntarily may be entitled to separation pay, and they are as follows:

Due Process in Termination of Employment

Due process in the context of employment termination is the right of an employee to be notified of the reason for his or her dismissal and, in case of just causes, to be provided the opportunity to defend himself or herself.

The due process is different for both authorized and just causes. Just cause involves a two-notice rule while authorized cause requires a 30-day notice. If due process is not accorded to the employee before termination of the employment or the termination itself is declared illegal, the employee is entitled to receive reinstatement and full backwages (Art. 279, Labor Code). If reinstatement is no longer possible where the dismissal was unjust, separation pay may be granted.

Dismissals based on just causes involve the two-notice rule:

Due Process for Authorized Causes

Dismissals based on authorized causes involve the following:

What is the right to security of tenure?

-The right to security of tenure is a Constitutional guarantee that means an employee cannot be dismissed from the service for causes other than those provided by the law and only after due process is accorded to them.

Can an employee be placed under suspension while the investigation and/or hearing for the charges filed against them is ongoing?

-Yes, but only on grounds where the employee’s continued presence inside the company premises poses a serious and imminent threat to the life or property of the employer and/or the other employees in the company. The suspension, commonly referred to as “preventive suspension”, shall not last for more than thirty (30) days.

According to Section 9 of Rule XXIII, Book V of the Omnibus Rules Implementing the Labor Code, as amended by Department Order No. 9, Series of 1997, an employee should be reinstated to their former position or in a substantially equivalent position after the prescribed 30-day period. If this could not be possible, the employer can extend the period of suspension provided that during such period, he or she pays the wages and other benefits due to the employee. In such cases, the worker shall not be bound to reimburse the amount paid to him during the extension if the employer decides, after completion of the investigation and/or hearing, to dismiss the worker.

May an employee question the legality of his or her dismissal?

-Yes. The legality of a dismissal may be questioned before the Labor Arbiter of a Regional Arbitration Branch of the National Labor Relations Commission (NLRC) of the Philippines, through a complaint for illegal dismissal. In establishments with a collective bargaining agreement (CBA), the dismissal may be questioned through the grievance machinery established under the CBA. If the complaint is not resolved at this level, it may be submitted to voluntary arbitration.

On what grounds may an employee question their dismissal?

-An employee may question their dismissal based on substantive or procedural grounds:

Suppose the employer denies dismissing the employee, who has the duty to prove that the dismissal is without valid cause?

-The employee must elaborate, support, or substantiate their complaint that they were dismissed without valid cause.

In cases of illegal dismissal, who has the duty of proving that the dismissal is valid?

What is the sanction if the employer failed to observe procedural due process in cases of legal and authorized termination?

-The employee is entitled to payment of indemnity or nominal damages in a sum of not more than 30,000 pesos in cases of termination for just causes and not more than 50,000 pesos for authorized causes.

What are the rights accorded to an unjustly dismissed employee?

-An employee who is dismissed without just cause is entitled to any or all of the following:

-Reinstatement means restoration of the employee to the position from which they were unjustly removed.

Can an employee be reinstated to their previous position if they were proven to be illegally dismissed?

-Yes. When a Labor Arbiter rules for an illegal dismissal, reinstatement is immediately executory even when pending approval by the employer. The employee should be treated in a matter involving seniority and continuity of employment as though they had not been dismissed from work.

In what forms may reinstatement be affected?

-Under the provisions of Art. 223 of the Labor Code, an employee shall be either admitted back to work under the same terms and conditions prevailing prior to their dismissal or, at the option of the employer, be reinstated by payroll. Payroll reinstatement is a means of paying wages and other benefits to the employee without allowing or requiring them to physically report to work.

When an establishment announces business closure, can an employee entitled to reinstatement claim benefits?

-Yes. When an establishment no longer exists at the time an order for reinstatement is made, the employee can claim benefits. An employee is entitled to separation pay equivalent to one-month pay or at least one-month pay for every year of service, whichever is higher. A fraction of at least six months shall be considered as one whole year.

The period of service is deemed to have lasted up to the time of closure of the establishment. The employee has the right to claim backwages to cover the period between dismissal from work and business closure.

What is meant by full backwages?

-Full backwages refer to all compensations, including allowances and other benefits with monetary equivalent that should have been earned by the employee but was not collected because of unjust dismissal. It includes all the amount they could have earned starting from the date of dismissal up to the time of reinstatement.

What is separation pay?

-Separation pay is the amount given to an employee who has been terminated from service for authorized causes, which could be either of the two: business closure (Art. 283, Labor Code) or disease contracted by the employee that could be prejudicial to their health as well as the health of their co-workers (Art. 284, Labor Code).


How much is the separation pay?

-The amount given to the employee depends on the specific authorized cause for their termination, which could be any of the following:

What is constructive dismissal?

-Constructive dismissal is an involuntary resignation resorted to when continued employment becomes impossible, unreasonable, or unlikely, due to any of the following:

Constructive dismissal is illegal and usually occurs when an employee resigns as a result of unfavorable work conditions instigated by the employer. It is typically resorted to by employers who do not want to undergo the procedural due process involved in legally terminating an employee.

Can an employee be terminated if they participate in a union strike?

-If the strike was organized for a valid purpose and conducted through means allowed by law, the mere participation of an employee therein is not sufficient ground for an employer to terminate their employment. An employee who participates in a lawful strike is not deemed to have abandoned their employment but is merely exercising their constitutional right to self-organization to protect their rights as an employee and/or obtain better working conditions.

However, if the strike was staged for a purpose not recognized by law, an employee who knowingly participates in the commission of illegal acts during the strike may be declared to have lost their employment status.

An exhaustive list of the labor policies in the Philippines, including those with regard to Employee Separation, can be found in the official government publication of the Labor Code of the Philippines. 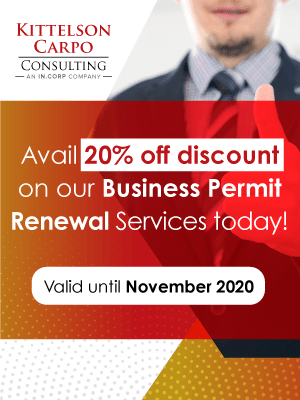