President Rodrigo Duterte orders the Department of Health (DOH) to prioritize the disbursement of risk allowance and other benefits to healthcare workers in the Philippines.

During his pre-recorded Talk to the People on Monday, August 16, he stated, “By the way, just put these front-liners first. If there’s enough money, then pay them.”

Several groups and medical professionals have complained about the non-release of their special risk allowance (SRA) and the removal of other benefits amid COVID-19.

Recently, the Commission on Audit (COA) flagged “deficiencies” under the management of DOH amounting to ₱67 billion.

According to DOH, the funds are accounted for and have been released to support the fight against the COVID-19 pandemic in the Philippines.

DOH Secretary Francisco Duque III noted that the health department released ₱10.85 billion for the SRA of approximately 740,000 healthcare workers, including ₱4.24 billion for the hazard pay for over 860,000 frontliners.

Duterte earlier signed Administrative Order (AO) No. 42, which grants an SRA of ₱5,000 to healthcare workers in the private and public sectors.

Additionally, the government has allocated over ₱15 billion under Republic Act No. 11494, also known as Bayanihan II, for the SRA and hazard pay of healthcare workers amid COVID-19.

Kyle Fuego / About Author
Kyle Leonard Fuego is a Junior Digital Copywriter for Kittelson and Carpo Consulting. He produces content for news articles, blogs, and infographics. He is also an avid reader and a passionate writer.
More posts by Kyle Fuego 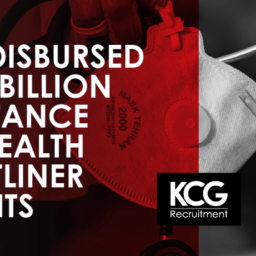 DOH has already disbursed ₱15.7 billion for the benefits of healthcare workers in the Philippines.